(Editor’s note: I had intended to post the second part of my Lie-ography this weekend—see my first post for details—but it had to be postponed to make way for an Emergency Blogging Session with different content. Normal programming will be back, on schedule, in two weeks—L.C.

This morning as I sat in the living room with the outer door open to let some air in, my cat, Onyx, brought me a mouse. The mouse was still alive. I wondered if it had cat insurance.

I am a registered Democrat. Let me make that absolutely clear: I have never voted for a Republican in my life. Why? Because I have a brain in my head and I think women and minorities should have equal rights, and that we can’t solve the economic crisis by further disenfranchising the poor and demolishing the middle class. My pets are also registered Demo-cats. Even the birds around my house have to prove that they never voted for George W. Bush to get clearance for fly overs. The dog is still wearing her “I voted” sticker.

I voted for Obama twice and would do so again because he is far less insane than the candidates that the rich Republican people buy. I’m actually surprised Obama won in 2012, showing that yes, democracy can still work and that we should practice it until it gets bought out and we become the United States of Koch.

I plan to vote hard and vote often during the mid-terms and the next presidential election—for the Democrats of course. If Republicans are going to falsely accuse us of voter fraud I might as well do it! A self-ful-frauding prophecy and all that. Finally, I can use my endless supply of personalities and costumes to support what is left of our democratic republic.

Having said that, however, this week I realized I might not get the chance to vote in any future election, or to keep the birds that supported the Bush administration from shitting on my roof, or to watch the next new biting comedy routine from Louis C.K.

There is the distinct possibility I might just have a heart attack, or possibly a stroke, while I’m on the health.gov website trying to get health insurance.

Wow that would be some headline huh? Woman dies on Obamacare website while trying to get insurance.

Why haven’t the Republicans thought of that? Why haven’t they posted a bunch of testimonies that say something like the following:

“Signing up for Obamacare made me sick!”

“I contracted a neurological disorder, a kind of autism, while trying to use the Marketplace, and couldn’t finish filling out the forms, and now I’m wandering the streets in a semi-democratic haze.”

“Signing up for Obamacare gave me Ebola, and since I couldn’t finish the process, I am so fucked!”

(Luckily Ebola is so fast moving that having health care doesn’t matter. Maybe us poor people—and I include the fading middle class in that—should just get fast acting diseases that obviate the need for health care. That’s how our health “care” system will evolve. One day the rich and poor—following Brazil’s enviable class structure—will receive lists of diseases for which they can qualify. The well-to-do will get heart disease, colon cancer and Alzheimer’s, while the ne’er do well(s) will be relegated to bird flu, aneurisms, Pavement Brain Explosion, as well as Train Annihilation Disorder (suicide by locomotive). Maybe we can bring back plague as well. Us “Uncovereds,” just don’t really need the insurance anyway. We die too fast.

(It’s heartwarming to know I could write press releases for the Tea Party.)

The process is rather toxic, I must say. Just trying to decide whether to use employer insurance, the Marketplace, or abstain and pay the penalty, was enough to make me want to blow my brains out. The only thing that saved me was that the website crashed and I had to stop thinking about it. Affordable my ass. I had to call the hotline to save myself, but couldn’t afford the premium. So I got drunk instead. 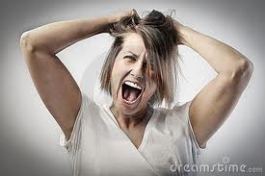 MAKE A LIVING OR STAY LOYAL TO MY PARTY? A PERSONAL DILEMMA

Now I have a personal dilemma. Do I post this or not? If I have that ‘headline,” Woman Dies While Accessing Obamacare, even though it’s a fake one (which hasn’t stopped FOX or CNN in years), I will get way more hits on my new blog, even bipartisan ones, than I would if I named it “Democratic Woman Suffers Heart Attack on-line while trying to get health care, but still manages to complete the forms, pay the premium, AND complete early absentee presidential voting for the Democrats, from her hospital bed, because she fully expects to be dead before the election in 2016.”

That headline is so comprehensive, unlike any health coverage I could afford. So, my plan is just to cover myself in compound sentences and hope for the best, just like a homeless person anticipates that her thin blanket and cardboard box will keep her warm and healthy during the winter. Who needs a single payer system when you can just cover yourself in unrealistic blather?

This is horrifying on so many levels. I sound like a Republican.

The irony! That I might have better luck critiquing Obamacare rather than using it, so that I can launch my career as a comic, and bring home enough bacon to pay for some bacon, as well as some antibiotics to cure my staph infection, and also purchase some Xanex for my anxiety disorder that all stemmed from trying to get  health care in the first place! Iatrogenic online illnesses ho!

I hear myself saying in my Reagan-era father’s voice: I should just make enough  money so I don’t need it. Now I really sound like a Republican.

In other words my very survival may depend on me lining up with the Republicans and lambasting the crap out of the ACA (which is not a support group. I do belong to Adult Children of Alcoholics too because my mother got addicted to pills while trying to sign up for the damn coverage). Why is my Democracy being used against me? I have to betray my political party by lampooning it to make a living?

Right now if I sign up for this Affordable Crap Act, I won’t live that long either, because I won’t be able to eat because I’m paying a premium, a deductible the size of Texas, and then 50% copay, which means I am paying for my own healthcare anyway, only in a way that is 3 times what I was paying out of pocket before, and if I have a catastrophic illness, I still have to pay for 50% of the catastrophe, which in itself, is catastrophic. Katrina health care here I come!

Maybe the Right Wing isn’t as dumb as they sound. Maybe their lies are partially true. Of course they should try using the facts once in a while, instead of hyperbole.

I can make the argument better than the Republicans are making it. I can actually use facts to show that not only am I falling through something similar to a donut hole, I’m falling into a donut crevasse that is most certainly NOT made of pastry. I won’t need to say things like: Obamacare is ruining America (it was ruin-ing before he got here). I can just tell you what is happening and encourage us to vote for Hillary and a Single Payer System. We are NOT the United States of Insurance! 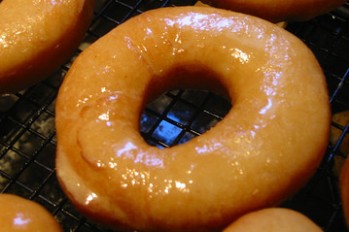 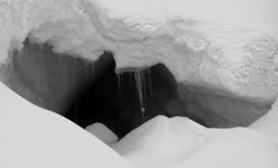 Will I be able to live with the cognitive dissonance? Can I tolerate the fact I launched my career at the expense of the Affordable Care Act because it was the only thing I could afford to do?

Oh oh oh oh oh…THIS IS WHY THIS WEBSITE IS CALLED THE LAUGHING COYOTE. We are all twitching helplessly on the circling tail of irony.

I need a drink and it is only 10am on a Tuesday.

I know what will solve all this: I’ll just become a Republican and go work for an insurance company and run my car over my democratic, lesbian-feminist soul instead. And since I’m insured and can afford to throw a bunch a money down a coyote hole, my insurance will cover me and pay out, so I’ll be richer than I was before I even thought of running over myself as a solution.

But wait. I’m the Laughing Coyote. 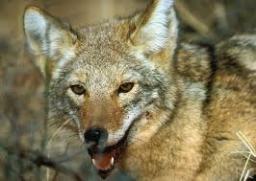 I’m supposed to be more clever than this. I never followed the rules before, why start now?

I wonder if you can buy health insurance in case you get sick while trying to get health insurance. So you’d have insurance for getting insurance. We’d call it Insure-surance. It would be coverage for people who can’t digest the system though they still want to live.

And wow, since I nearly died trying to get insurance—suicide by health coverage I think they call it—we should definitely have Life Insurance for Insurance, in case anyone dies while signing up.

THE ANCESTORS WEIGH IN: INSURANCE IS CRAZY!!!!

But wait a minute! Our Ancestors are looking down on us now and they think we are nuts. Why would you ever pay someone else in case you get sick? Why don’t you just pay someone to help you when you are actually ill?

And furthermore, point out the Wise Ancestors, why should you pay the people who made you sick to begin with? That’s insane.

I’m getting a message now. Hold on…okay…okay…okay. I have it! The Ancestors of Laughing Coyote suggest that actually the insurance companies should pay us NOT to get sick, go crazy or die.

Ladies and Gentlemen, we’ve got it backwards. We need to hold the system hostage until it works better, pays us, or dies. The system makes us sick, in so many ways, AND it promotes nauseating behavior.

How? Well under these circumstances, I feel I have to get sick in order to justify having the insurance at all. I have to become ill so I feel I’m getting my money’s worth. Then the insurance people have to pay out when their whole intention is not to pay a dime. We have a bona fide Catch-22. Truly iatrogenic insurance! Wow.

And the insurance game would have the nerve to call that fraud.

So, citizens we must all buy policies and then threaten to create world-wide plague! (I have some plague here in my fridge. I’m just developed a new strain in my abandoned vegetable bin). 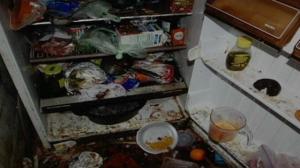 So now the Insurance Companies, in league with the government, will have to purchase Preventive Fraud Insurance from us! They will pay us NOT to get sick! We will use the system against itself! Now that’s an Affordable Care Act you can believe in!

Just a little Coyote Medicine at your service.

(And I, oh god the relief, can remain a Democrat!)

To sign up for Coyote Insurance for Insurance submit a request in the comment section and I’ll put you on the list! It’s free! The pay-outs will come pouring in! It pays to follow The Laughing Coyote!